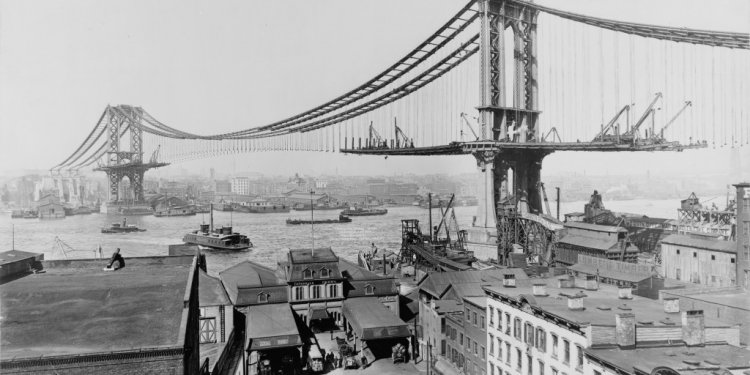 As the Brooklyn Bridge undergoes a major, over-budget rehabilitation project, the city Department of Transportation is seeking bidders for additional design and construction work, according to a recent notice in the City Record.

Responses are due by Sept. 21.

An agency spokesman said the bid would not be part of the ongoing rehabilitation. The future work would also include "resetting/repointing granite stone facades and the rehabilitation of Manhattan-side masonry arches, all of which are priority infrastructure needs and not part of the current contract, " he said.

The notice does not specify the cost of the additional construction work, although the spokesman said the agency will spend approximately $18 million in additional funding for final design and construction support services of the bridge.

This stage of repairs is slated to begin in fiscal year 2019 and last about three years.

After a series of delays, including the discovery of structural "flags" along the span, the overall price tag went from $508 million to north of $600 million and completion has been pushed back one year, to 2016, the News reported.

The bridge serves as both a popular tourist destination and a critical mode of transport for drivers, cyclists and pedestrians. It was opened amid great fanfare in 1883.

"Its beauty and iconic status alone can't keep the 132-year-old Brooklyn Bridge in a state of good repair, " city transportation commissioner Polly Trottenberg said in a prepared statement. "That's why DOT's work is never complete when it comes to providing TLC to this great structure and the nearly 800 other bridges we own and operate."