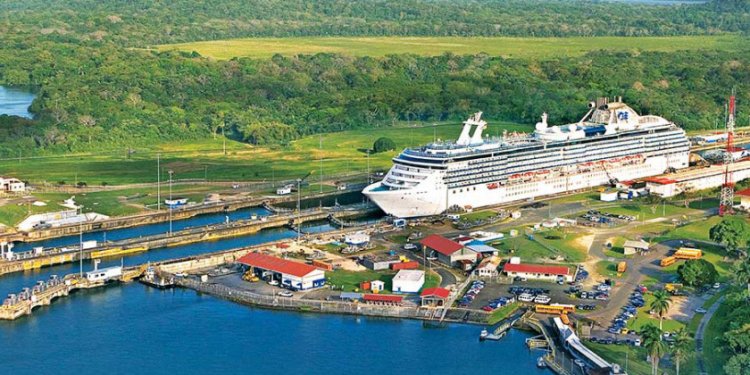 A dream more than 400 years in the making, the Panama Canal opened in 1914 and this epic man-made marvel changed the world in the process. There's no better way to discover this colossal wonder than on a Panama Canal cruise. Sail between two mighty oceans or sail a partial transit roundtrip from Ft. Lauderdale, and discover why Condé Nast Traveler named it among its top "Where To Go" attractions. Expert narration will enlighten you as your ship passes through the locks, and you'll dine on authentic Panamanian cuisine. Ashore there is everything from Costa Rican rainforests to Old World cities like Cartagena that recall the Age of Exploration. Don't miss your chance to cruise the Panama Canal during its 100th anniversary celebration!

Traverse with Princess through the epic waterway that shaped the course of history by linking the world's two mightiest oceans an engineering feat that, even 100 years later, remains so breathtaking and monumental that it was named a Cruise World Wonder by Condé Nast Traveler.

View the 7 Cruise Wonders | View Cruises | About the Writer

From Balboa’s historic 1513 crossing of the Isthmus of Panama to the epic effort to build the Canal and right up to today, the Canal continues to have a profound impact on world travel and trade.

Princess Cruises offers three distinct ways to experience the Panama Canal, with departures from both the Atlantic and Pacific coasts as well as voyages featuring Princess Signature 2-Day Canal Experiences.

An undisputed travel bucket list destination, the Panama Canal holds both historical and international significance. It’s nearly impossible to grasp its enormity and the amount of work that went into its construction without passing through the canal locks.