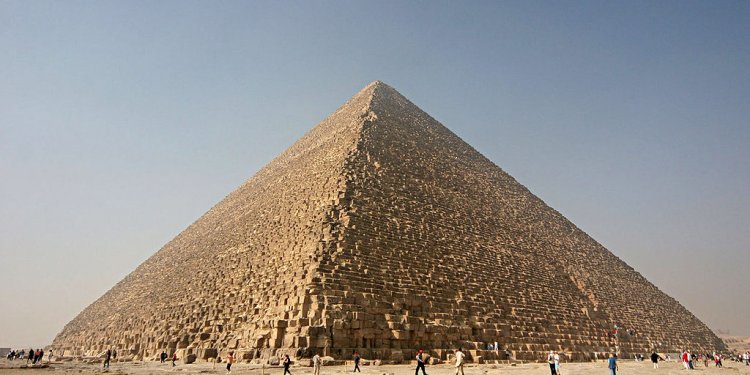 QUESTION OF THE WORLD

Khufu, child of Snefru and second ruler of 4th dynasty (time range) relocated the royal necropolis to Giza, north of modern-day Cairo. According to ancient greek language historian Herodotus, Khufu (aka Cheops) enslaved their individuals develop his pyramid. But archaeologists have since disproved their account (see "Who Built the Pyramids?").

Regarding Giza Plateau, Khufu's builders focused their pyramid nearly completely north. The greatest pyramid ever before built, it includes about 2.3 million rock obstructs, evaluating an average of 2.5 to 15 tons each. It is estimated that the workers might have had to set a block every two and a half mins.

The pyramid features three burial chambers. The first is underground, carved into bedrock. The next, aboveground chamber ended up being called the queen's chamber by very early explorers. We currently understand it had been never ever meant to house one of Khufu's spouses but perhaps a sacred statue regarding the king himself. The next is the king's chamber, which held a red granite sarcophagus placed practically precisely on center for the pyramid.

The king's chamber is accessed via the 26-foot-high (8-meter-high) Grand Gallery, which was sealed faraway from thieves by sliding granite blocking methods.

The fantastic Pyramid had been the centerpiece of a more sophisticated complex, which included a few small pyramids, five motorboat pits, a mortuary temple, a causeway, an area temple, and many flat-roofed tombs for officials plus some members of the royal household.

CLASSIC REALITY: a number of mystery shafts increase through the king's and queen's chambers. Neither airshafts (they were sealed) nor hallways (they've been too thin), they could are built to enable Khufu to journey to the movie stars in his afterlife. A blocked shaft from the queen's chamber had been penetrated in 2002. Archaeologists found another stone blocking their particular way (read more in nationwide Geographic News).